How Can an Operational Assessment Alleviate $15 Per Hour Minimum Wage? 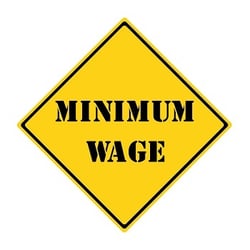 the economy. We first wrote about this topic when Seattle adopted a $15 per hour minimum wage for restaurant workers in March 2015.

Two weeks ago, news outlets sounded the alarm again about the possibility of $15 per hour minimum wage. Presidential candidate Sen. Bernie Sanders (I-Vt.) supports raising the federal wage from its current $7.25 an hour to $15. Senate Minority Leader Harry Reid (D-Nev.) and House Minority Leader Nancy Pelosi (D-Calif.) want to push the minimum wage to $12 per hour. President Obama has edged up his support from $9.00 to $10.10 and now $12. Hillary Clinton backed $15 per hour for New York fast-food workers on July 24th, but hasn’t specified a wage floor for the nation. From an implementation objective, the full effect of proposed increases are often stair-stepped over 3 to 5 years.

Budget experts and many Republican candidates warn such a hike could eliminate millions of U.S. jobs.

We can see this becoming a 2016 Presidential campaign topic as it resonates with low income workers and seems to be popular with many people.

From a compassion and human perspective, we all want people to earn more, but the pay should be in-line with the job and productivity.

This year as we work with clients to perform an operational assessment to reduce their distribution center costs and improve productivity, this is beginning to be voiced as a concern for many companies on a regular basis. This column is NOT meant to be political or a scare topic. If you haven’t already, spend a couple minutes thinking strategically how major increases in minimum wage would affect your company’s expense structure and profitability if this were to become law. What business process changes will you make to offset this?

Here is an example of one large multichannel distribution center client with sales in excess of $200 million annually. They employ about 275 full time equivalents (FTEs) during the year. Their average wage rate is $10.50 per hour. Every $1 increase in their wage rate results in an incremental cost of $418,000 annually. Obviously, there will be other general & administrative personnel in the company which may be affected too. This company’s increase to $15.00 per hour would mean a 42.8% increase.

In our experience, productivity hasn’t dramatically increased in many DCs so that such an increase in wage rates won’t be a financial disaster.

We have found through conducting operational assessments that  these 5 solutions increase productivity:

2. Add automation and technology. What material handling solutions and automation will have a Return On Investment (ROI) that can help combat and off-set these minimum wage increases? For example: Voice-enabled applications. Investigate how voice technology increases the work pace and therefore productivity in all areas of the DC operations ranging from receiving, picking, returns, cycle counting, put-away, replenishment, etc.

3. Overhaul your current processes. Through an operational assessment, how can your fulfillment processes be simplified to reduce “touches”, reduce costs as well as speed order throughput and improve customer service?

4. Investigate Incentive Pay. If in the longer term, many distribution center jobs were incentive pay-based, you will have a formalized process for getting more productivity for the current and future pay rates.

Now is the time to conduct an operational assessment and think strategically about future minimum and competitive wage rate increases. As there will most likely be some national minimum wage increase in the foreseeable future, it is not too early to start to identify what solutions give you the best ROI.